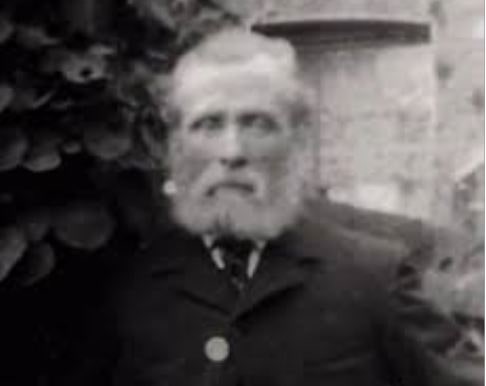 For 130 years no murder case has gripped the history of crime quite like Jack the Ripper. Hundreds of suspects have been proposed, what seems certain is the killer must have been an unremarkable man who lived anonymously among in the crowd. A man who would have reason to be on the streets early in the night. For a 120 of those years one man has remained buried in the evidence. Never considered a suspect yet discovered at the sight of a freshly killed victim.

On reflection a man who appears to have been caught red-handed. Mary Ann Nichols was thought to be the Ripper’s second victim. She was murdered in Bucks Row, a long street without immediate escape routes. On the night of the murder, a policeman had passed by the murder site 15 minutes before she was killed and seen nothing untoward.

Two other policemen passed the ends of the street every half hour. At the inquest the coroner was astonished that the murderer had not been caught. Modern understanding of the Nichols murder is at odds with reporting of the time. A day into the inquest, an explosive newspaper interview with a man named Robert Paul revealed that the police had not in fact discovered the body. He had and when he arrived there was another man standing over it.

The following day, outed by the newspaper interview the second man reluctantly appeared at the inquest. Identifying himself as Charles Allen Cross. He admitted that he had found the body first. The whole episode was forgotten until it was discovered by some amateur researchers in 2005 who determined that Cross had given a false name and that the mystery man’s true identity was Charles Allen Lechmere.

Swedish journalist Christer Holmgren picked up the story and as he delved deeper his suspicions were raised. Why did Lechmere lie at the inquest? Further investigation revealed that that was far from the only lie he told. At the murder scene Paul had suggested to a reluctant Lechmere they should find a policeman. In a nearby street they quickly encountered Constable Mizen. Lechmere told the policeman that another policeman had found a woman and was requesting assistance.

Lechmere knew this lie would facilitate his escape. Had it be known that Lechmere found the body, PC Mizen would surely have detained him. Lechmere then had an extraordinary stroke of luck. When Mizen arrived at the scene another PC was there, PC Neil. But for this good fortune, Lechmere’s lie would have been exposed and he would have immediately become a prime suspect.

Holmgren put Lechmere’s version of that night’s events to the test. Lechmere had claimed that Paul was 30 seconds behind him, yet Paul was clear he saw no one walking ahead of him in the alleyway. So where was Lechmere? Bucks Row was seven minutes into Lechmere’s walk to work, he said he begun at 3:30am every morning yet Paul did not enter Bucks Row until 3:45am. What was Lechmere doing for eight minutes? Nichols injuries were nowhere near as extensive as the other victims, suggesting that the killer was interrupted.

But wouldn’t Lechmere have been covered in blood if he was the killer? The answer would be no, if as suspected Nichols was already dead by strangulation when the stabbing began. Paul was also clear that there was no visible blood at the scene, he didn’t even realize Nichols was dead yet when PC Neil found the body two minutes after the man had left, blood had pooled. The inescapable conclusion is that Paul had arrived moments after Nichols had been murdered.

So what are the other murders? Did Lechmere have the opportunity? Holmgren further discovered that three of the victims were killed on the same routes that Lechmere walked to work. Lechmere worked at Broad Street meat delivery market, it would have arised no suspicion to see a meat cart delivery man covered in blood in the early hours of the morning. The other two victims were killed on a Saturday night – Lechmere’s night off not far from his mother’s house.

If Lechmere wasn’t the killer, he had the extraordinary misfortune to be in the area of the Ripper murders when they occurred. The evidence is of course circumstantial but it raises real suspicions that Lechmere was in fact Jack the Ripper.

Lechmere lived to the 71, it’s unlikely that Jack the Ripper could have suppressed his urges with killing again which could undermine the case for him being the Ripper. There are also excellent other suspects, namely Aaron Kosminski whose behavior, location and date of detention in an asylum fit perfectly into the Ripper timeline. Kosminski was investigated and watched but never charged.

Lechmere somehow faded from the police investigation and ultimately into historical obscurity. Yet he was found kneeling over a Ripper victim who had been killed just moments before in a deserted street where there was no one else to be seen.

What Happened to Simple Pickup?

Was Jack the Ripper a Member of the Royal Family?