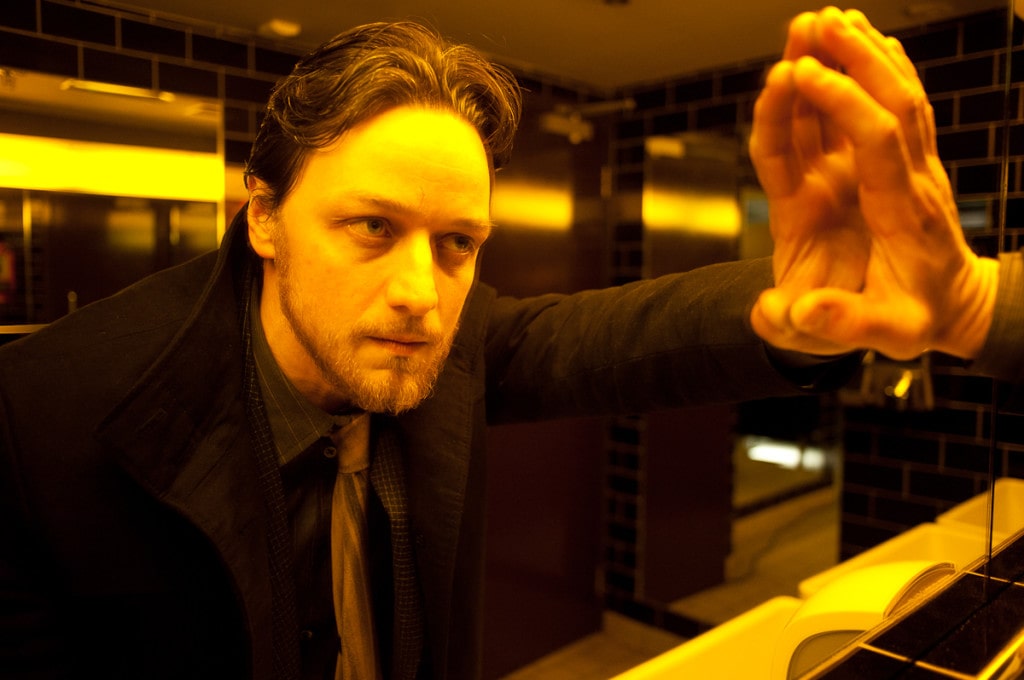 “Filth” is a very rugged British black comedy movie. It was released in 2013 and since then, this movie has continued to be controversial in the cinematic world. The director of this movie is Jon S. Baird and he found his inspiration in the book of the same name of Irvine Welsh, a Scottish writer that also has known great success for writing the acclaimed book “Trainspotting”. Just as was the case with “Trainspotting”, “Filth” covers a lot of controversial and dark topics, ranging from psychological disorders to harmful substances, such as drugs and alcohol. The movie is very captivating and thus, it definitely lives up to the hype!

For starters, the story of this movie is very dark, yet slightly ironic as well, which makes it a little bit easier to digest the movie. The movie centers around the life of Bruce Robertson, a police detective with a very addictive personality. Not only is he addicted to his work, but he is also addicted to having a very wild lifestyle, revolving around drugs, alcohol and a lot of sex. Even though he is very successful as a detective, Robertson is very rebellious, which brings him in a lot of trouble throughout the movie. The movie basically tells the story about how his life spirals out of control and how he decides to cope with this. The great thing about this plot is that it’s really intriguing from the beginning all the way until the shocking end. Thus, you can be guaranteed that you won’t be bored at any moment while watching this movie. Even more so, you won’t be able to keep your eyes off the screen, because it’s just that clever and engaging!

One of the things that truly takes this movie to a higher level, is the acting performance of the versatile actor, James McAvoy. He has the most important role in the movie, seeing as he plays Bruce Robertson, the kooky protagonist of the movie. He clearly was able to identify with his character, because he really brought the role to life, thanks to his amazing facial expressions and his ability to really make the role his own. Of course, the other cast members did a phenomenal acting job as well, but it truly was James McAvoy’s performance that gave the movie that extra special something that really made it stand out!

However, the greatest part of this movie is its ability to really balance the melodramatic plot and the humoristic undertone of the movie. To clarify, the movie is very melodramatic, but thanks to the sarcastic and dark humor that’s involved, it won’t leave you feeling depressed by the time that you’re done with watching the movie. Vice versa, the humor that’s used in the movie isn’t that dominant that it trivializes the complicated themes that the movie’s dealing with.

“Filth” is a fascinating movie that you definitely should see at least once in your lifetime! This movie offers you the whole package: a very talented cast, an intriguing plot and the perfect amount of sensation. Thus, I would highly recommend this movie to anyone that might ask!

Grant Cardone Net Worth in 2021