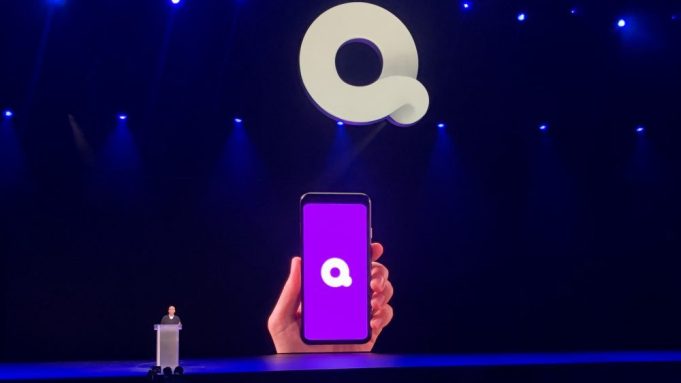 How do you go from raising close to $2 billion for a new video platform, hiring a cast of a-list actors and creating a bunch of original content only to close down six months after launching. This is the insane story of Quibi. the Netflix that never was.

Unlike most startups, the story of Quibi starts with a baby boomer. The platform was started by entertainment media mogul Jeffrey Katzenberg. Katzenberg was born in 1950 in New York, coming from a wealthy background – the son of a stockbroker and an artist. He started his career at Paramount Pictures in the 1970s and quickly rose through the ranks. In 1984, he moved to Disney. Disney’s motion picture division at the time was last in box office sales but by 1987 Jeff thrust them to number one.

He would go on to oversee hit TV shows such as the Golden Girls and Home Improvement. When provided with the opportunity to revive Disney’s feature animation department, he oversaw movies like Beauty and the Beast, Aladdin and the Lion King. Basically he was awesome at his job and everything he touched turned to gold.

Jeff later co-founded Dreamworks with Steven Spielberg in 1994. Fast forward to 2018, after seeing the success of Netflix and the rise of mobile video usage, Jeff saw an opportunity to carve out a niche market.

Quibi which stood for quick bites was launched in April 2020. Katzenberg would team up with former eBay CEO Meg Whitman. In summary it was Netflix for mobile short form video content, around 7 to 10 minutes long. Because of Jeff Katzenberg’s stellar reputation and contacts in the entertainment industry he managed to attract big names such as Jennifer Lopez, Dwayne Johnson, Lebron James and many more.

NBC Universal, Sony, Viacom, JP Morgan and Goldman Sachs are just some of the big companies that invested a combined $1.75 billion. Quibi even had a Super Bowl commercial before it launched!

Unlike Tiktok or YouTube the content was high production. There were three categories – reality TV shows, documentaries and original movies that were delivered in 10 minute chapters. The main aim of the project was users would watch these shows while commuting. Betting on commuters made their target market very small, it was a huge risk. Quibi viewed their content as premium and would be charging $5 dollars per month after a three month trial.

Quibi believed they had figured a gap in the market, there was no premium short form content for mobile. The theory is that people are going to be are going to want to watch premium content, HBO level quality content on their phones instead of TV.

The forecasted to get 7 million users and $250 million dollars in subscriber revenue in it’s first year but this proved to be a massive miscalculation. By July 2020 they had over 1 million active users but only 72,000 had signed up to pay. It was clear that the company was in trouble and needed to change. Lockdowns had started to ramp up in April and people weren’t commuting anywhere. In October, they added support for TV all the major apps.

Six months the decision was made to pull the plug and the service was cancelled. Katzenberg has blamed the catastrophic failure on the coronavirus. At least Jeff Katzenberg will return $300 million of the $1.7 billion raised and may liquidate assets. This is a contrast to companies such as WeWork and Theranos.

What Happened to Kickstarter?