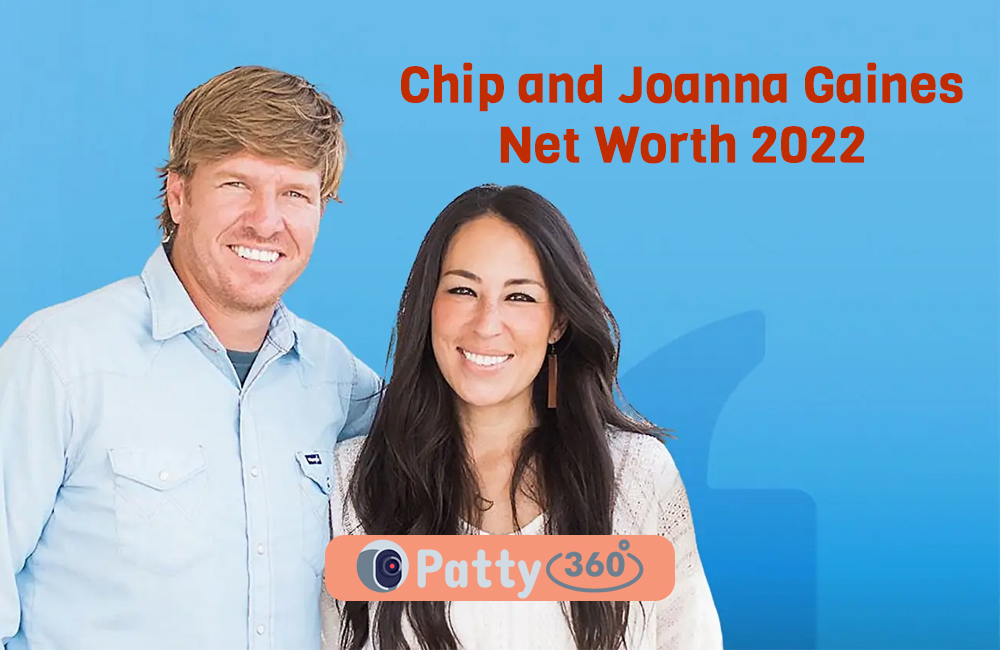 Are you one of those adults that enjoy binge-watching home improvement, home décor, and interior design videos? If yes, you are likely familiar with Chip and Joanna Gaines. They are a popular married couple who shot to fame by appearing on the famous online television show, Fixer Upper which aired on HGTV.

Even before Fixer Upper, Chip and Joanna were passionate about home improvement and gradually turned their passion into a highly rewarding and high-paying project. Once they gained initial popularity in the niche, they made their shift into the television world and acquired a lot of name, fame, and popularity over the years.

If you are inquisitive about Chip and Joanna Gaines and want to know more about them, this is the article you need to scroll through.

Chip Gaines was born on November 14, 1974, in Albuquerque of New Mexico while Joanna Gaines was born on April 18, 1978, in Wichita of Kansas. The two of them are four years apart and had a very different upbringing from their parents growing up.

The pair’s paths first crossed when they were both studying at Baylor University. However, during their time at college, the pair didn’t interact on campus and often kept to themselves, as they reported in several interviews.

However, their paths finally crossed again a few years after graduation when Chip went to Joanna’s father’s mechanic shop to get his car fixed. While waiting for his car to be fixed, the two engaged in a conversation and hit it off. Following their initial conversation, the couple started dating and married in May 2003 in Waco, Texas.

How did Magnolia Empire Come to Be?

After their marriage, Chip and Joanna Gaines decided to turn their passion into a profession, especially when it laid in such an amazing niche like home improvement and flipping houses to generate a steady income.

Magnolia Firms were their first professional venture that indulged in home improvement and real estate to further diversify their portfolio.

However, every good thing comes to a halt some time and that’s exactly what happened in 2008 when the housing crash happened. Despite the roadblock, the couple was able to bounce back quickly and restore what they lost in the process pretty proactively.

Once their first venture, Magnolia Firm took off, the couple decided to further expand their business and later opened Magnolia Market, which was a renowned retail outlet.

Over the years, the Magnolia brand transformed into an empire and is one of the most popular ventures that the couple has indulged in. Some of the other businesses in the equation include Magnolia Realty, Magnolia Table, real estate, etc. Later, the couple launched the Silos Baking Company Magnolia Network, in 2016.

How was the Journey of Chip and Joanna on Fixer Upper?

Besides their initial popularity in the home improvement niche, Chip and Joanna made their television debut with HGTV’s Fixer Upper. Their venture into Fixer Upper came about following their immaculate popularity in their hometown of Waco as property flippers.

They took their expertise onto the television show where they showcased their talent on the reality TV show, Fixer Upper. With the exposure and fame that the couple gained from the reality show, the couple managed to expand their business ventures and take them to new heights of success.

Besides Fixer Upper, Chip and Joanna also wrote their debut book, Magnolia Story, introducing Magnolia Journal. The reality show was initially canceled in 2017 and was later revived in 2021.

Fixer Upper: Welcome Home after its revival was aired on Magnolia Network, bringing back a few familiar faces to the television, including Saul Sanchez, who was a public favorite at that point.

How is the Personal Life of Chip and Joanna?

Despite being public figures and such successful business professionals, Chip and Joanna are very particular about their personal life, which is why you won’t know much about what goes on behind closed doors.

The couple is parents to five beautiful children, Drake, Ella Rose, Duke, Emmie Kay, and Crew. Despite having such well-known and popular parents, the couple has managed to keep their kids out of the limelight so they have complete autonomy over their lives.

Net Worth and Earnings of Chip and Joanna

Currently, as of 2022, Chip and Joanna Gaines have an estimated net worth of $20 million. This is a very rough estimate and not an accurate representation of what their optimal net worth is.

Reportedly, the couple took home around $30,000 per house flip and remodeling on Fixer Upper. However, these fees don’t include the amount that they were paid by the network, which was completely separate.

Besides their television appearance, Chip and Joanna also draw the biggest source of their income from their business ventures, including the Magnolia brand, which is into different niches of business.

Their businesses venture into niches like a retail, restaurant, and even media businesses, all of which are based out of Texas. They have also made several book deals and product lines. There are additional investment sources from the couple that we aren’t completely aware of.

Although Chip and Joanna Gaines have a fairly non-controversial career, they have found themselves in the middle of sudden anti-gay controversies during their time at Fixer Upper.

The couple, who are devout Christians, were asked by Buzzfeed why they never feature same-sex couples in the show to which the couple didn’t want to respond any further. There are reports that the couple’s pastor, Jimmy Seibert, is against same-sex marriage and is a firm support of conversion therapy.

The rumors surrounding the couple and anti-gay controversies started when they didn’t share much of their input on their question, raising the eyebrows of the people around. Besides this, the couple hasn’t found themselves in any big controversies, resulting in a pretty tame professional life for them so far.

However, with the kind of growth they are acquiring professionally, it isn’t surprising that their net worth is going to expand pretty exponentially and pretty quickly.

Captain Lee Rosbach’s Net Worth in 2022