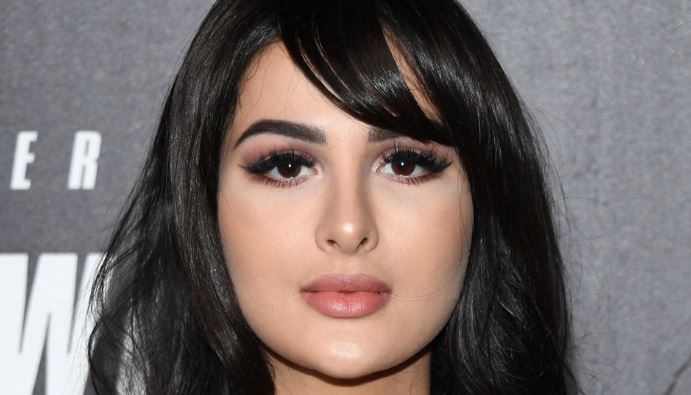 A lot of young content creators dream of becoming the next Mr Beast on YouTube, and it’s easy to understand why! These YouTubers are minted, but just how rich can you get from uploading videos to internet?

One of the most versatile YouTubers around, SSSniperwolf’s channel has managed to survive through years of massive shifts online. From gaming videos to reactions and vlogs, Sniperwolf has become the queen of almost every niche on YouTube. With such a long lasting career and her ever present videos on so many topics attracting such a wide, varied audience, Lia is as of late 2020 is the most subscribed female YouTuber in the world, with 22 million subscribers.

With a title like that, along with her Kid’s Choice Award for favorite gaming YouTuber, Lia’s sure to be pulling in the big bucks, and we’re here to confirm that aside from her obvious sponsorship deals and merch lines that likely make up a large part of her income, the Sniperwolf channel definitely makes a mind blowing amount of money. With her average 15 million daily views, Lia’s channel makes at least $27 million annually. That’s enough to buy 2 Tesla Model 3’s every single week.

A YouTuber made famous from his beloved video game let’s plays of popular titles like GTA and the smash hit  Fortnite, Jelly’s excitable, relatable personality and love for gaming rocketed him to be a YouTube phenomenon with almost 20 million subscribers and climbing. Through his popularity since starting his channel in 2014, Jelly’s scored a lucrative sponsorship deal with G-Fuel, the gaming energy drink famously associated with PewDiePie himself.

Of course, sponsorship numbers are kept private, so while we can’t know exactly what Jelly is raking in from his entire career, a recent estimate placed his net worth around $25 million dollars. But with our secret knowledge of the algorithm, let’s see just how accurate those numbers really are. With the constant flow of gaming videos on Jelly’s channel, he reliably gets about 10 million views a day, which adds up to on the low end, about $18 million annually from ads alone.

Arguably being the inventor of the successful genre of generous giveaways, it isn’t a great stretch of the imagination
to state that MrBeast is one of the most influential figures in the history of this platform. Of course, you can’t be giving away millions without first having and making millions, and that’s what we’re all here to hear. Just how much cold hard cash is MrBeast pulling in? Well that number’s hard to lock down because MrBeast has one of the most successful merch empires in YouTube history, with a recent video of his showing that he sold more than 67,000 limited edition shirts & hoodies within a 24 hour sale.

At the lowest price, that’s over $2,000,000 made in a day, and the hoodies cost double that amount! With all his insane spending, like giving away an $800,000 Island, or giving away $1 million CASH every time he throws a competition, we know he’s pulling in some undeniably monstrous dough. Still, let’s look at numbers from nothing but his YouTube views, because even that fraction of his income is enough to blow your mind. In an average year, the main MrBeast channel makes $13,860,000, and honestly that’s still a pretty conservative estimate.

Unspeakable is a Texan born YouTuber who at the young age of 22 has already accomplished more than most people could ever dream of. With a respectable 8.5 million subscribers on his main channel, Unspeakable, also known as Nathan gets to make a living uploading playthroughs of his favorite games with his friends who together with him make up the collectives “Proper Productions” and “The Squad”. And with his rapid rise to fame, of course also came the rapid rise to wealth that one expects from young YouTube royalty.

With 5 different channels each associated with a different aspect of the Unspeakable YouTube empire, such as merch, toys, and of course, Let’s Plays, Nathan’s generating a healthy amount of revenue for himself and The Squad. But just how much does a channel like his main one alone pull in? Well, just looking on the lower end, it’s safe to say that the main Unspeakable channel makes well over $13 million every single year, or more than $1 million a month. Add onto that his merch lines, sponsorships and all his other ventures, and you could almost say Nathan’s true net worth is pretty unspeakable.

The undeniable king of gamers, Felix Kjellburg is the most subscribed to YouTuber on the planet. With the incredibly long lasting dynasty PewDiePie’s built, it’s no surprise that being the only person to ever gain more than 100 million subscribers is a very lucrative spot to be in. Aside from his personal brand, and his ever-changing high-quality merch, Felix drops a different video every day, usually pulling in between 6 to 10 million views.

Numbers like that are what let him own homes in both England and Japan. So what kind of numbers does a channel getting billions of views a year generate? Well, conservative estimates place PewDiePie’s annual ad revenue above $12.2 million per year! While he isn’t quite the type to flex, in a 2019 video where he analyzed websites guessing his net worth he claimed that the numbers were. Still, in the face of his incredible success, Felix remains a humble guy, and that’s exactly what keeps us all coming back for more.

What Happened to XO?