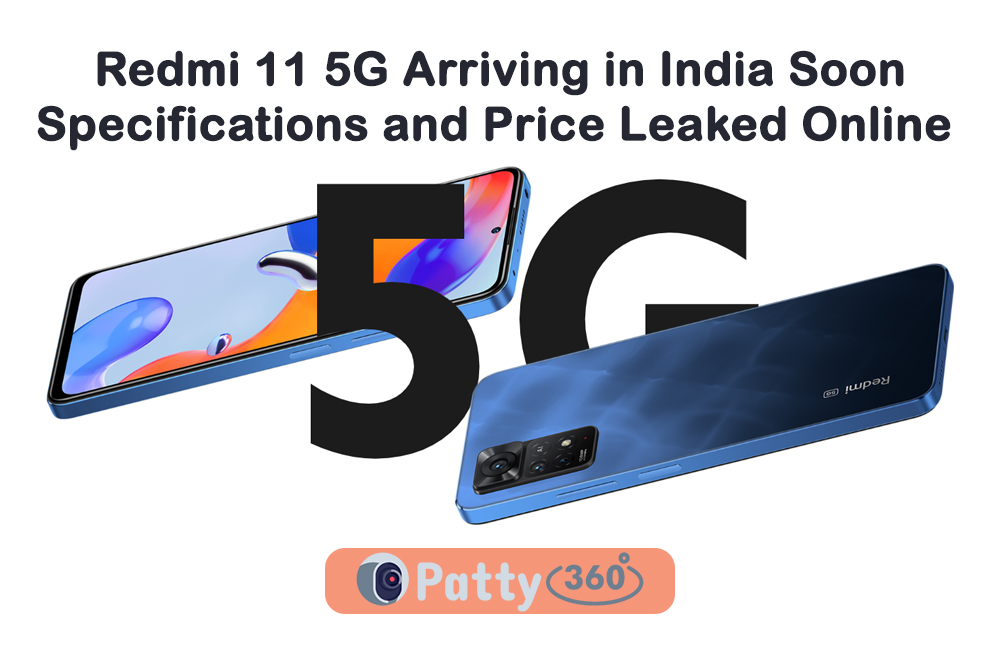 Xiaomi’s sub-brand Redmi is gearing up to launch its next smartphone Redmi 11 5G in India.

According to 91Mobiles, the upcoming Redmi 11 smartphone will be powered by a 5G Mediatek processor, while the refresh rate will be 90 Hz. It will be equipped with a powerful 50 MP rear camera, a side-mounted fingerprint sensor, and more.

As far as we know, the new Redmi phone will be released in the Indian market by next month. It is the successor of the Redmi 10, which was launched as a budget-friendly smartphone.

For your information, Redmi 10 was released in India on 17th March. Despite the affordable price, it had many great features. It was packed with a 6000mAh battery with an 18W fast charging facility.

Redmi 10 came with a 6.71-inch display and featured a triple rear camera setup. The new Redmi 11 is also expected to be a budget-friendly model. To know more about Redmi 11 5G, go through the sections below.

Expect Redmi 11 5G to arrive in the Indian market by the end of the second quarter of 2022. The same is stated by 91Mobiles as well.

According to a 91Mobiles report, the official release date of the phone is not disclosed yet. It is expected to cost Rs 13,999 for the 64GB storage and 4GB RAM variant.

Redmi 11 5G is expected to come with a 6.58-inch FHD+display. Unlike other Redmi phones, it will not have an AMOLED display. Instead, it will feature an LCD panel with a 90Hz refresh rate.

The upcoming Redmi phone might also have a MediaTek Dimensity 700 processor. It is expected to be available in a single variant, which will include 64GB storage and 4GB RAM. It might give you the option to expand the storage by using a microSD card.

As far as the battery life is concerned, it is expected to pack a 5000mAh battery. Like its predecessor, it might have 18W fast charging support.

The new smartphone might have a dual-camera set up at the back, which will include a 2MP secondary sensor and a 50MP primary camera. It might also have a 5-megapixel primary sensor for selfies and video calls. It is expected to be powered by Android 12.

If you are planning to get a budget-friendly smartphone, Redmi 11 could be a good choice. Also, it is a 5G phone.

Apple Offering an Additional Discount on the Purchase of a New iPhone: Offer will last till May 31