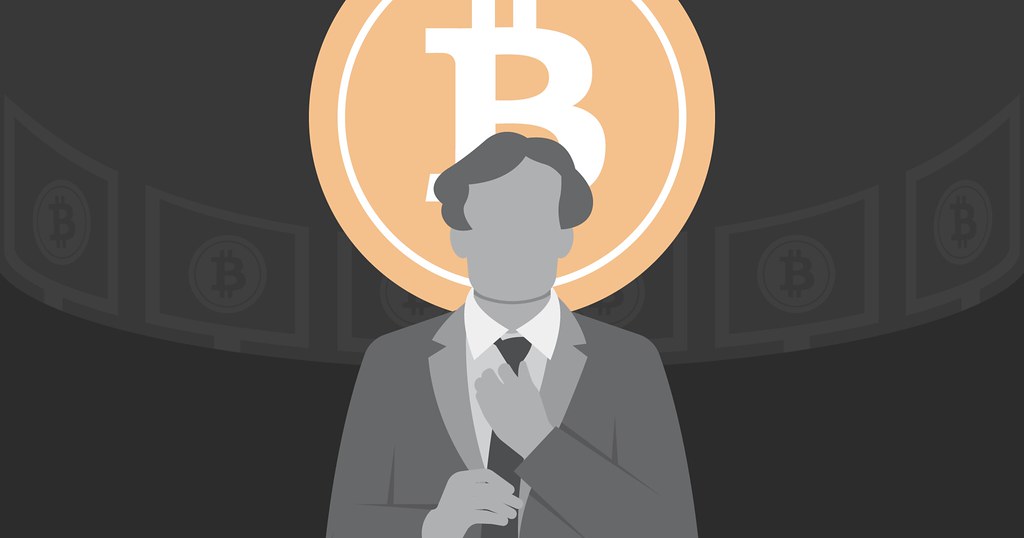 One of the biggest mysteries and best kept secrets online is the true identity of the creator of Bitcoin. With an alias of Satoshi Nakamoto, the founder was able to create an asset whose market cap peaked at over $1 trillion. Yet, somehow has been able to remain anonymous.

If you take a look at the premise of Bitcoin and comments from Satoshi, the reason for his anonymity is clear. In 2011, Satoshi wrote a quote “The root problem with conventional currency is all the trust that’s required to make it work.” So, one of the primary reasons bitcoin was created was to prevent users from having to trust a central authority or figure head.

In the first few years after Bitcoin went live, Satoshi was very active. In fact, he made 575 posts between November 2009 and December 2010. These posts primarily discussed problems with bitcoin and troubleshooting of various issues with the help of the community. Satoshi didn’t leave the community until he felt that Bitcoin was ready, stating “I’ve moved on to other things. It’s in good hands with Gavin and everyone.”

With that being said, let’s jump into our first candidate which is of course Satoshi Nakamoto himself.

The first instinct you have when trying to find the creator of bitcoin is finding someone with a similar name. And sure enough, the media was able to find a man named Dorian Satoshi Nakamoto. But aside from having the same name and being an engineer, this guy basically has no connection to the crypto space.

He told the Associated Press “I got nothing to do with it.” And considering that it would be stupid to use your real name if you wanted to be anonymous, I think we’d all agree that he’s telling the truth.

There’s also very little evidence suggesting that Craig Wright is indeed Satoshi other than the fact that he himself keeps claiming that he is Satoshi. Since 2016, Craig has been claiming that he was part of the main team who created Bitcoin. Considering the philosophy of the real Satoshi, however, he would have likely never come forward about being the founder of Bitcoin.

Gavin Andresen is a software developer who was very much involved in the early days of bitcoin. If you guys remember the quote above from Satoshi, he said that “Bitcoin is in good hands with Gavin and everyone else”. It’s possible that Satoshi was transferring the reins to himself. A stylometry study even found that Satoshi’s writing was most similar to that of Gavin Andresen.

An incident that raised some skepticism about this theory was in 2016 when Gavin believed that Craig Wright was the creator of Bitcoin. Though that seems a bit sketchy, maybe that was just a 200 IQ play. It’s possible that he saw Craig take credit for founding Bitcoin and he went along with the story to shift attention away from himself.

Bram is one of the veterans of the peer to peer model having co-founded BitTorrent in 2004. He was a prolific blogger who posted about his thoughts on peer to peer networks, security protocols, and decentralized systems. Coincidentally his blogging slowed down during the launch of Bitcoin. Bram was actually a super strong candidate for founding bitcoin, but one of his later actions would disprove this theory.

Bram would eventually go on to make his own cryptocurrency called Chia, and Chia is supposed to be the antithesis to Bicoin and the proof of work model used by bitcoin. I think we’d agree that it’s highly unlikely that Satoshi would not only trash on bitcoin, but also create a competing crypto.

Whenever you create a YouTube channel, you’re often your first subscriber. So, it could make sense that Hal Finney was the first to test the network and receive bitcoin. Aside from having the brains to create such a project, Hal Finney has a rather direct connection to the name Satoshi Nakamoto. Well Dorian wasn’t the creator, he lived just two blocks away from Hal Finney. Maybe, Hal Finney used the name of his neighbor to cover up his real identity.

Something else that fits the story is that Hal Finney was diagnosed with ALS in 2009 and unfortunately died in 2014. This may be the reason that Satoshi Nakamoto stopped posting in 2011 and why we haven’t heard from him since. The only problem in this story is that I’m not sure Satoshi would have made himself so obvious. Would he have really made himself the first recipient of bitcoin and was he really emailing himself?

Nick Szabo proposed the idea of a digital currency way back in 1998 with the name as Bit Gold. The idea for Bit Gold was basically identical to Bitcoin. Bit Gold relied on a network of decentralized miners to verify transactions and keep the system secure.

Nick Szabo never ended up launching Bit Gold but that doesn’t mean that he ever stopped trying. In a 2005 blog post, explains how the entirety of the Bit Gold system would work from mining to transactions to the blockchain. What’s odd is that he tried to make it seem like he made this blog post after Bitcoin was revealed. He changed the date to December 27, 2008 without changing any of the content. Wayback Machine reveals that the original date of publication was December 29, 2005.

As we previously discussed, Satoshi Nakamoto had communicated with Gavin Andresen and Hal Finney, but he never communicated with Nick Szabo despite Nick being one of the veterans of the space. The initials of Satoshi Nakamoto are also the same as Nick Szabo. In Japan, when you write initials, you write the last name first, meaning that Satoshi’s initials are NS not SN.

Something else to consider is despite Bitcoin being a ripoff of Bit Gold, Nick never took any legal action against Bitcoin. I think it’s safe to assume that if you spent 10 years developing Bit Gold and someone else comes along and rips off your work, you would almost definitely pursue legal action. Satoshi even admitted that Bitcoin is an implementation of Wei Dai’s b-money proposal and Nick Szabo’s Bit Gold proposal.

But, by far the strongest piece of evidence is a potential Freudian slip from Nick. In an interview with Tim Ferriss in 2017, Nick accidently says that he designed bitcoin and then quickly corrects himself. Evidently, Nick may very well be Satoshi Nakamoto. Even if he isn’t though, he’s still no doubt the father of bitcoin as he developed Bit Gold years before Bitcoin ever saw the light of day.

William Clemente III: a Bitcoin Analyst Worth Following in 2021